What is Yerba mate?

That’s the first question that went through my head when I first heard about this energy enhancing ‘drink of the gods.’

I didn’t know what it was and I didn’t care enough to pay it any attention until I started seeing it again and again.

Now, I’ve never been much of a coffee drinker, but I do enjoy the occasional jolt of energy I’ll get from a good latte or chocolate covered coffee beans (my absolute favorites).

And since I read Yerba Mate had the same effects without the caffeine crash later, I grew curious and decided to get some to try.

What is yerba mate?

Mate is a tremendously popular drink in South American countries like Argentina, Paraguay, Bolivia, and Brazil.

They like to call it “the drink of the gods” because, well, the positive effects it has on you are seemingly endless.

When you drink Mate tea it’s like drinking green tea, but with a TON of added benefits which I’ll get to in a second), including the awesome caffeine jolt that we all live for in the mornings.

It’s made up of dried and specially curated leaves from the evergreen holly, Ilex paraguariensis, which is a native plant of South America. 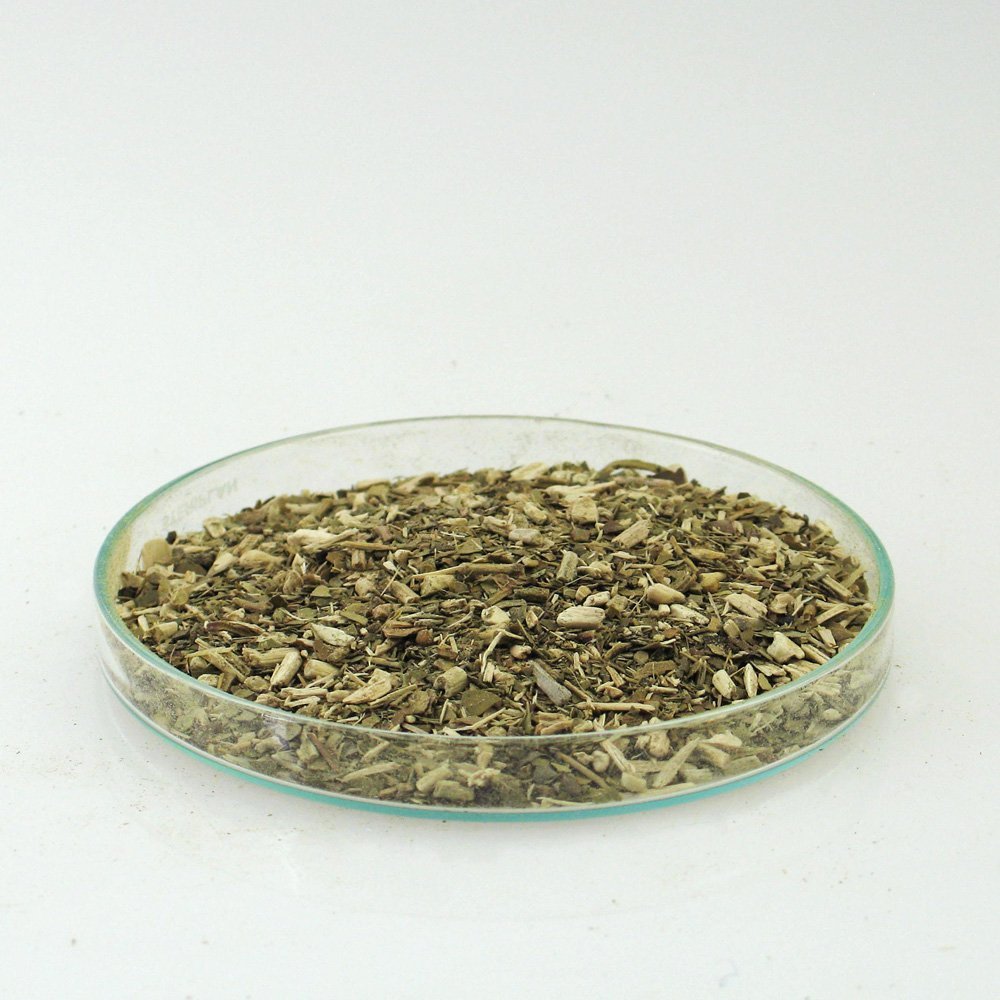 Where to buy yerba mate

Hands down the best Mate I’ve tried to date is the Cruz de Malta Yerba Mate, which has a strong taste with slightly bitter edges and a smoky flavor topping it off.

What brings it all together is the natural sweetness to it, meaning no need for added sugar.

It’s perfect for an awakening morning drink that doesn’t include the jittery caffeine crash that you’ll often get from drinking coffee.

One of the best parts is that it’s loaded with tons of vitamins, antioxidants, and minerals that you won’t find in other energy drinks.

And it makes you more alert, helps you focus and concentrate better, and wakes you up (perfect for those mid-afternoon lunch slumps).

Guayaki is a company that specializes in creating all kinds of different yerba mate products ranging from carbonated drinks to curated tea leaves. They’re great if you want to delve into the world of yerba mate and want to give them a try if you don’t want to go through the trouble of preparing your own at home.

They also provide energy shots, which are great if you like the idea of getting a jolt of energy when you need it (though I can’t say much about the crash later since I’ve yet to try it).

One of my favorites is the Guayaki Yerba Mate Sparkling Grapefruit Ginger 12 ouncers that wake me up when I want something tasty and invigorating to take with me.

They come in a variety pack along with Classic Gold and Cranberry Pomegranate. Because of their taste, if you like yerba mate or want to get into it its worth giving them a try.

Yerba mate and caffeine: The numbers

This is the first question I wondered about when I first came across it.

And honestly it varies according to how much Yerba Mate you use per drink.

The best answer, according to Caffeine Informer, is that Yerba Mate has 85 mg of caffeine for every 8 fluid oz.

That is, it has slightly less caffeine than a generic cup of coffee, but then it also boosts your energy levels with all the good stuff found in traditional tea.

How to make yerba mate

There is definitely an official way to prepare Mate with a traditional mate gourd and straw.

In many South American countries, it’s almost a social event to sit together and drink mate from a shared gourd.

There are countless Yerba mate gourds out there for your use. It all comes down with how fancy you want to get with it. And if you’re a beginner, it’s probably best to keep it simple at first.

One great beginner gourd to create your own homemade mate is this handmade set with a straw and yerba spoon made in Argentina (so chances are you’re getting good stuff) ? Also the price isn’t too bad at all and you can use it over and over again.

Prepare it the traditional way

You’ll want to prepare your Yerba mate with the gourd and straw to get the best of its effects.

Prepare it as a ‘morning cocktail’

Tim Ferris, the famous brain and productivity hacker many entrepreneurs have to come to know and love, likes to prepare what he calls ‘titanium tea.’

Judging by the name, you already know it’s gonna be a bomb of extra healthy goodness.

For the titanium tea preparation you simply add a dash of turmeric and ginger (two very powerful mental health enhancers) to your personal mix of Yerba Mate tea.

You can definitely make some yerba mate at home the traditional way with a gourd and straw of your own.

But if you don’t want to take it that far, and just want to make some basic mate at home, here is what you’ll need:

The secret is in letting it steep well, and adjusting the amount of mate you add to each cup to your taste.

I personally like to use two spoonfuls of mate per brew. And one bag of it can last you a long time because you can use the mate leaves more than once per brew without having them lose their flavor.

I love experimenting with my tea by adding in milk and a particular type of honey to give it a nice and sweet spin to it.

I usually like doing this with black tea, but I’ve tried it with mate and it tastes great as well.

Yerba Mate has become a good part of my morning routine and I absolutely like sipping it when I’m blogging, reading, or working online.

It almost reminds me of chamomile tea, but with energy boosting effects.

I really like that I won’t crash and feel jittery after I’ve had a cup or two, like with coffee.

If I drink slightly too much coffee I tend to get a little headachey (which is probably due to the high amounts of caffeine in it).

All the goodness in yerba mate 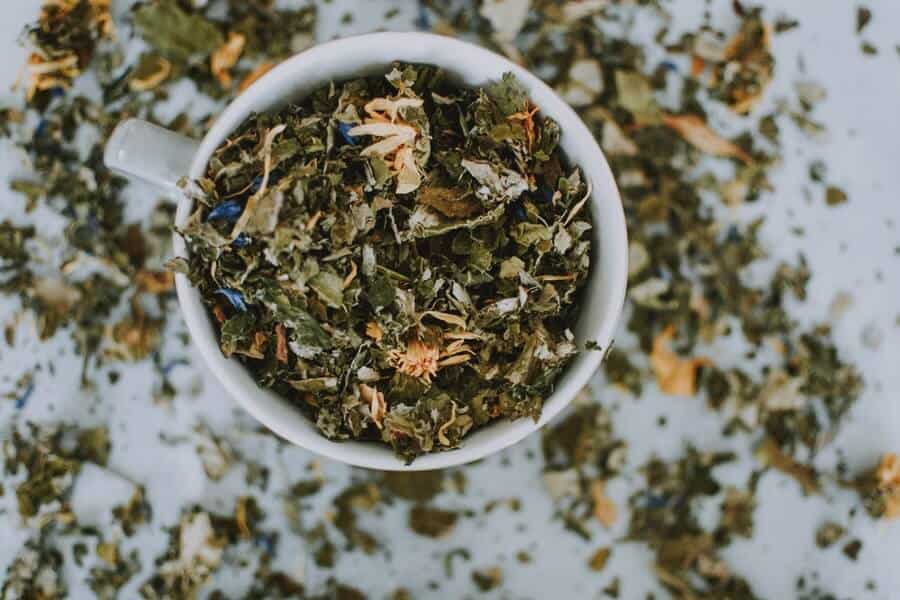 There is definitely an ongoing debate about what all is in Yerba mate.

But it is generally agreed that mate has plenty of body nourishing vitamins and antioxidants (whereas coffee has mostly only the jolt of caffeine and can dehydrate you).

Yerba mate is high in antioxidants and contains 24 vitamins and minerals along with more than 10 amino acids.

Some even claim it helps with weight loss and a healthier gut when used regularly (much like green tea).

It’s no wonder they call it the drink of the gods (who would have thought it was within reach).

Related: 53 Quick And Easy Meal Ideas That Are Perfect For Weeknights

Have you tried it yet?

Granted, Yerba mate might not be the sole reason to give up your religious Starbucks runs, but it is definitely a drink everyone should try at least once because of its win-win features.

Thanks to stumbling across a blog post, I was introduced to a drink that wakes me up and gives me a jolt of energy when I need it most and that is actually good for me.

To top it all off, the flavor is nothing that needs adapting to, and can be liked from the very first try.

Now, how do you prepare your Yerba mate? I’m always ready to hear your comments below.

We share DIY inspiration and colorful lifestyle recommendations for a life well lived. We're so glad you're here!